With the ever changing evolution of the gig economy, many industries have had to adjust to meet the demands of the market to continue to ensure that they were still hiring top talents, that goes for industries like Pharma and Biotech. As outlined in this Pharma Exec article published this year, Pharma has been considered the employer of choice for a long time, an industry where many employees would jumpstart their careers as they sought the opportunity to grow within a company or move comfortably to another industry employer.

From Uber to Google to Facebook, the two-sided marketplace is a business model that creates value by facilitating exchanges between two or more interdependent groups, usually consumers and producers. In the case of Clora’s work within the life science sector, the two specific groups are employers and consultants.

Two-sided marketplaces aren’t a new concept. They’ve been an integral part of human civilization dating back to the marketplaces and auction houses in the ancient world, yet they’re still highly applicable to the business challenges faced by life science companies today.

In today’s modern digital economy the supply chain is no longer the central aggregator of business value. That’s why two-sided marketplaces don’t own the means of production. Instead, they create the means of connection.

In order to make these exchanges happen, two-sided marketplace platforms connect networks of consumers with networks of producers that can be accessed on demand.

One of the most well-known two-sided marketplaces is Uber, a company that connects drivers with riders. Uber is one of the largest transportation companies in the world, but it doesn’t have any cars or have full-time drivers on its balance sheet. There is a symbiotic relationship between riders and drivers. Without riders, there wouldn’t be a demand for drivers and without drivers, there wouldn’t be enough supply to keep the riders on the platform.

Essentially, Uber acts as a regulator between drivers and riders, setting rules and standards while also providing the space for interaction. Other notable two-sided marketplaces include Airbnb, Etsy, Google, Facebook, and Alibaba.

This type of network effect is called an “indirect network effect” because the value of the service increases for one user group when a new user of a different user group joins the network.

Taking Uber as an example once more, as more riders (i.e. consumers) join the platform, the more useful and valuable it is to drivers (i.e. producers), because they have more business opportunities. The reverse is also true. As more drivers join the network, riders have shorter wait times and more locations available for their rides, thus the network is more valuable.

To date, the four most successful two-sided marketplaces are Google, Apple, Facebook, and Amazon. Together, they represent four of the top five members of Forbes’ list of Most Valuable Brands.

It’s no wonder why more and more industries, including life sciences, are using the power of the two-sided marketplace to expedite access to the resources they need.

At Clora, we've already pre-qualified and pre-vetted thousands of top life science consultants across a wide array of development areas. By doing so, we've enabled our clients to expand their networks on demand to find the right person, right away.

This combination of speed and quality is yet another positive effect of a well-functioning two-sided marketplace. 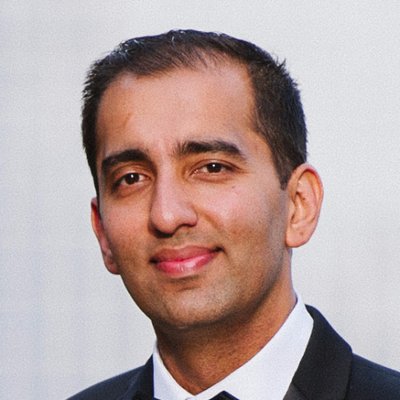 ABOUT THE AUTHOR | Rahul Chaturvedi

Landing Pages: The Do’s and Dont’s

With the ever changing evolution of the gig economy, many industries have had to adjust to meet the demands of the market to continue to ensure that t...

We’re excited to announce the launch of Clora’s employer referral program. We're grateful for all of our current customers word-of-mouth support that ...

Here at Clora, we believe that everything is better when worked on as a team. Especially when it comes to publishing a project or hiring the right con...

We’re excited to be launching our latest feature Open Opportunities to help consultants find rewarding projects that matches their skillsets and prefe...